“The evolution of empirical adaptation research in the global South from 2010 to 2020” New paper in Climate and Development, led by Kulima 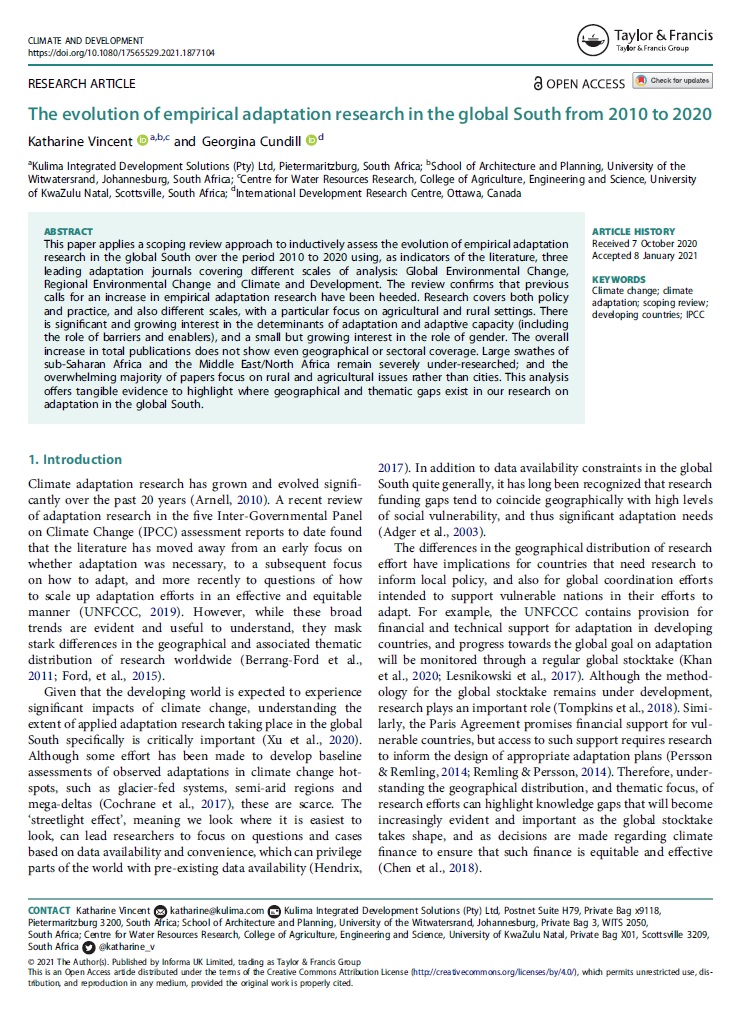 A new paper "The evolution of empirical adaptation research in the global South from 2010-2020" has just been published in the journal Climate and Development. The paper, by Katharine Vincent and Georgina Cundill, applies a scoping review approach to three leading adaptation journals covering different scales of analysis (Global Environmental Change, Regional Environmental Change and Climate and Development) to assess how empirical adaptation research in the global South has evolved over the last decade. The review shows that the quantity of empirical adaptation research has increased and that it covers both policy and practice and also different scales (from supranational down to individual level). There is significant and growing interest in the determinants of adaptation and adaptive capacity (including the role of barriers and enablers), and a small but growing interest in the role of gender. The overall increase in total publications does not show even geographical or sectoral coverage. Large swathes of sub-Saharan Africa and the Middle East/North Africa remain severely under-researched; and the overwhelming majority of papers focus on rural and agricultural issues rather than cities. This analysis offers tangible evidence to highlight where geographical and thematic gaps exist in our research on adaptation in the global South.